When it comes to spices, paprika is pretty universal – it is one of those items always present in a spice cabinet. The versatility of this striking, crimson-red colored powder makes it something of a miracle spice. It can be used to season a dish, to decorate and beautify a plate, and of course to add color to a meal – or to even dye eggs and cloth. There really is so much to love about this sumptuous spice!

Surprisingly, the most common spice confused with paprika is ground red chili powder. At first sight, the two look pretty much the same – the only physical difference may be a slight difference in color tone. However, where paprika and chili powder differ the most is in the source pepper that is used to make each of them.

For starters, most (but not all) ground chili powders are typically sold by the name of the pepper that was used to prepare them. For example, smoked chipotles once ground into a powder are sold as chipotle powder. It is also important to note that some brands of chili powders will often blend a combination of red peppers to create their powders.

As for paprika powder, it is sourced by very specific peppers found in paprika-producing countries such as Spain and Hungary. So next time you are shopping for paprika, you will know that it cannot be called true paprika if it was made from dried and ground bell peppers or jalapeños, for example.

The second most obvious difference between paprika powders and general chili powders is their taste. Most people when they think paprika will imagine a sweet tasting red powder, which is correct – but there is more. Paprika varieties can and do have a mild taste, but there are also smoked and spicy paprika as well.

The variety and flavor of paprika can vary greatly depending on the country they were produced in. The most well-known paprika producing countries are Spain and Hungary. In Spain, paprika is actually known aspimentón. Spanish paprikas are sold in several varieties, like dulce (sweet), picante (spicy), agridulce (sweet and spicy combined to create a medium heat), and lastly, there is the famous smoked pimentón.

As for Hungarian paprika, most people are familiar with a sweet or mild tasting spice. The reason for this is that in most countries outside of Hungary, any of the other types of Hungarian paprika are extremely difficult to come by. Hungarian paprika has eight different grades: special or különleges which is very bright red and has no heat at all; félédes which is a half sweet and half spicy paprika; delicate and mild called csípősmentes csemege; csemege paprika which is similar to the latter but more pungent; csípős csemege which is actually delicate yet hotter than the latter; rózsa or rose paprika, which is can sometimes have more of an orange-red hue and has a mild taste. Then there are is édesnemes, which has a slight heat and is the most commonly exported paprika. Finally, the most pungent or hottest of the Hungarian paprikas is the erős variety. This paprika has more of a brownish tone to the natural redness.

While both Spanish and Hungarian paprikas have a ‘spicy’ or pungent variety, it should be noted that neither type is nearly as hot as ground cayenne. Their heat is generally as hot as or milder than the standard red chili powder. This, of course, is no knock on either the Spanish or Hungarian paprika as they both offer fantastic flavor in their own right.

So why is some paprika hot and some not? It has to do with how the red powders are produced. The sweet or mild paprika does not contain any capsaicin, which is what give chilies their heat; the reason for this is that when the sweet variety is produced all of the seeds and membranes are removed from the pepper. For the spicy paprikas, some of the seeds, the placenta and the capsaicin glands (or veins) are left on the pepper when they are dried and ground into the powder, which then allows them to have their zestiness.

Amazing ways to use Paprika

In many countries, paprika (no matter the variety) is most often used as a decorative touch to a served plate. It is truly amazing how that dash of red can make a dish, like hummus, look so much fancier and prettier. But do not limit your food to just a decorative touch of paprika – try incorporating it into as many dishes as you can.

In Hungary, paprika is used extensively in their cuisine, with perhaps the most commonly recognized dishes of goulash (beef stew) and chicken paprikash. Paprika is also used to make some Hungarian, and many Eastern European sausages. In Spain, it is used in rice dishes and just about everything.

You can also use paprika anytime you want to give your food a red tint. For example when you make tandoori chicken, paprika makes a good substitute for that Indian ingredient that traditionally gives the chicken its reddish hue. Paprika is great in pasta, over deviled eggs, in soups and stews, as a coloring and smoky flavor for all sorts of meat dishes.

Perhaps the most amazing thing about paprika is how it can be combined with fresh and ground spicy peppers. This is especially useful when cooking for people that cannot tolerate much spicy heat. Sometimes occasions arise when you want your dish to still have that reddish color but not the heat. All you have to do is replace a percentage of the spicy pepper with a sweet or smoky paprika.

A great way to use smoky paprika is to add it to marinades and BBQ sauces. You will get the red tone and the sweet smokiness. Also, try adding this variety of paprika to French fry seasoning or when making potato wedges.

Do not burn it

The best and most important tip you can get regarding paprika, no matter if you are using mild, sweet, spicy or smoky, is to never burn it. For paprika to fully release that amazing flavor and scent, it should be lightly cooked or fried in a little oil. But it can quickly go from heavenly to bitter and unpalatable if you leave it a few seconds too long, you will need to pay close attention to your recipe – and your paprika.

Heat the oil, then add the paprika and quickly heat or sauté the paprika for merely a minute. You will either be required to quickly add your remaining ingredients which will help stop the paprika from burning, or the recipe may state to turn off and remove the pan from the heat.

While all sorts of paprika are available all over the world, if you are planning a trip to a paprika-producing country you may consider purchasing some as a souvenir. Countries like Spain and Hungry are very well known for their paprika, but there are many European countries that also produce paprika worth taste testing – Czech paprika is wonderful if you ever have the opportunity to try it. 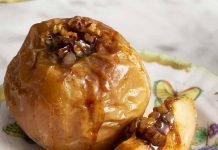 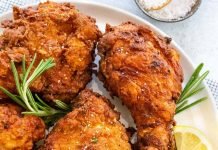 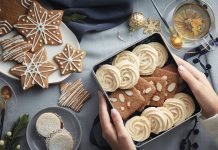 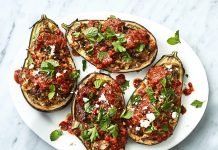 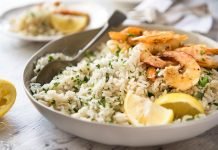