Following reports that some banks were paying higher interest on dollar deposits than on deposits in local currency, the Central Bank of Kuwait (CBK) called for a brainstorming session among treasury officials of local banks.

At the session, which discussed issues related to cash management for now and the immediate future, the CBK is understood to have advised banks to ensure that deposits in Kuwaiti Dinar earned more interest than that for dollar deposit.

The CBK is keen on providing vantage points for deposits in local currency compared to the US dollar> it will be recalled that the CBK had instructed some banks to offer increased interest rates for dollar deposits during the March April period due to temporary factors.

Central Bank of Kuwait (CBK) has asked all banks, financial institutions and exchange companies in the country to comply within three days with resolutions issued by the United Nations Security Council Sanctions Committee on combating and financing terrorism under Chapter VII of the UN Charter.

Financial institutions in the country have been warned by CBK not to violate the order saying under the new resolution; the CBK will apply measures and adopt sanctions provided for in Article (15) of the Law No. 106/2013.

In this regard, a heated debate reportedly took place at the UN recently between Kuwait’s Permanent Representative to the UN Ambassador Mansour Al-Otaibi and Syrian delegate Bashar Al-Ja’afari after the latter accused Kuwaitis of supporting terrorism. Al-Otaibi stressed that Kuwait’s laws to fight terrorism are crystal clear and are applied on everyone. He also told the UNSC that Kuwait is committed to uphold all resolutions that are issued by the Security Council in this regard.

Meanwhile, the CBK is also understood to have given banks operating in Kuwait until the end of this month to list all credit and borrowing data of individuals and commercial establishments on the network of Credit Information Company (CYNet).

The sources said that the CBK believes that this would enhance and develop the legislative environment for credit operations in Kuwait, and help establish a regulatory framework for financial and banking institutions in the field of reporting credit information to individuals and companies. 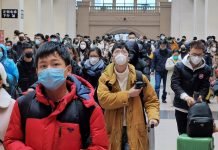 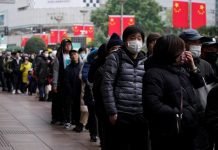