When emergencies strike, special processes within governments and communities swing into gear. And everyone steps up to help. The world is now in a climate emergency. At the United Nations Climate Action Summit in New York on September 23, leaders from government, finance, business, and civil society must show far greater ambition in combating global warming than they have done so far. And a faster transition to clean energy will be key to accelerated efforts.

The world is now in a climate emergency. At the United Nations Climate Action Summit in New York on September 23, leaders from government, finance, business, and civil society must show far greater ambition in combating global warming than they have done so far. And a faster transition to clean energy will be key to accelerated efforts.

Scientists have warned us of climatic tipping points, yet we are starting to move past them as if watching mileposts through a train window. The Arctic is on fire, droughts are fiercer, planting seasons are disrupted, and greenhouse-gas emissions are increasing.

True, the world is responding to the crisis. Each day, new breakthroughs in transport, industry, energy, agriculture, and land use show that we can wean ourselves off carbon. The financial sector is also waking up to the climate risk and its responsibility to address it. Large investors in the Climate Action 100+ initiative, for example, are asking harder, more pointed questions of the companies in their portfolios. The credit-rating agency Moody’s has acquired firms whose detailed models forecast physical risks to assets under various climate scenarios. And a growing number of central banks are addressing the implications of pursuing the goals of the 2015 Paris climate agreement.

But, as the UN Secretary-General António Guterres has repeatedly said, the current global response is insufficient. When Guterres first called for the upcoming climate summit back in the spring of 2017, the fear had been that the world’s attention to the issue might waver, and that listless national political leadership would be no match for increasingly severe climate consequences.

Since then, the summit has assumed an even greater importance. A report released in October 2018 by the UN Intergovernmental Panel on Climate Change concluded that the world had 12 years in which to change the trajectory of carbon dioxide emissions in order to limit global warming this century to 1.5 °C above pre-industrial levels — a goal of the Paris agreement. Civil society, and young people in particular, are demanding answers and greater efforts to meet this target.

The UN Chief has therefore explicitly asked government leaders to come to the summit with concrete plans, not empty speeches. He has thrown down the gauntlet to the world’s major economies: tell us when you will phase out coal, end harmful fossil-fuel subsidies, and shift taxation from income to pollution. Those are the decisions that will drive the transformation the world needs.

At the heart of this transformation is the energy transition, which, although underway, is lagging or has stalled in many parts of the world. A more ambitious effort by energy providers and major end users is critical, as is extending affordable and reliable clean-energy services to all who need them. There also needs to be a major reform of how the transition is financed.

Encouragingly, the September 23 summit is likely to highlight that increased ambition in several ways.

For starters, a new club of pacesetters is emerging to show how improving energy efficiency is often the most cost-effective way to reduce CO2 emissions and help safeguard air quality. By improving energy efficiency faster in order to tackle climate change more aggressively and meet the UN Sustainable Development Goals, these countries will get access to data, technical assistance, and advice, including from the private sector. This will help policymakers pinpoint the most effective and appropriate fast-action strategies for buildings, transport, and household appliances.

In addition, a sustainable cooling coalition has emerged during the sweltering northern summer of 2019. Governments are committed to developing national plans that aim to ensure access to cooling for everyone, including those on low incomes and the most vulnerable, in a hyper-efficient way that is free of super pollutants.

Another priority is to match investors and clean energy projects more effectively. Through development assistance and climate finance, rich countries have long dedicated funds to support such projects in developing economies. But the sheer number and complexity of these facilities may prevent them from being used. Project operators and government officials complain that finance is not flowing, while investors have difficulty identifying suitable projects. A clean investment platform should help to iron out these kinks.

Renewable energy increasingly outcompetes coal, but storage capacity is desperately needed if renewables are quickly to become a reliable part of developing countries’ energy systems. Encouragingly, public and private partners are coming together to scale up battery storage, especially in Africa.

How the industrial and transport sectors consume energy over the coming decade will be critical to hopes of meeting the Paris agreement’s goals. Many industries are developing more ambitious plans to mitigate climate change. In addition, the electric vehicle revolution needs to spread to goods transport, aviation, and shipping.

One bright spot here is increased collaboration across the shipping value chain, which will breathe life into the hard-fought agreements reached at the International Maritime Organization. With countries such as Denmark leading the way, work is focused on developing the zero-emissions vessels that must be at the heart of a global carbon-neutral economy. Many ship manufacturers and owners, fuel companies, ports, and multinational companies have adopted science-based emissions-reduction targets. And efforts are currently underway to establish a global framework for responsible ship finance under the Poseidon Principles.

The management guru Tom Peters has said that “leaders don’t create followers, they create more leaders.” If the world is to meet its climate goals, it urgently needs more inspiring role models. In New York on September 23, we will find out who they are.

Rachel Kyte
A former World Bank Group Vice President, is Special Representative of the UN Secretary-General for Sustainable Energy for All. Who Benefits from False Climate Solutions? The US Economy’s Dirty Secret 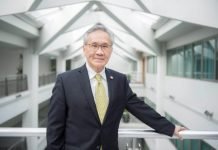 Sustaining the Planet for our Future Generations 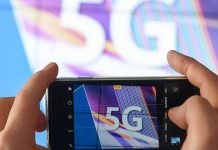 How 5G Can Advance the SDGs 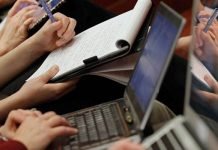 End of the Free-Market Paradigm

How an AI Utopia would work