Scientists say that a small structure in the brain could hold the keys to future therapeutic techniques for treating depression, anxiety, and PTSD, someday allowing clinicians to enhance positive memories or suppress negative ones.

Inside our brains, a cashew-shaped structure called the hippocampus stores the sensory and emotional information that makes up memories, whether they be positive or negative ones. No two memories are exactly alike, and likewise, each memory we have is stored inside a unique combination of brain cells that contain all the environmental and emotional information associated with that memory. The hippocampus itself, although small, comprises many different subregions all working in tandem to recall the elements of a specific memory.

Now a team of scientists have shown just how pliable memory is if you know which regions of the hippocampus to stimulate. This has the potential to one day lead to personalized treatment for people haunted by particularly troubling memories.

“Many psychiatric disorders, especially PTSD, are based on the idea that after a really traumatic experience, the person is not able to move on because they recall their fear over and over again.

In their study on mice, the researchers found that by artificially activating memory cells in the bottom part of the brain’s hippocampus, negative memories can become even more debilitating. In contrast, stimulating memory cells in the top part of the hippocampus can strip bad memories of their emotional strength, making them less traumatic to remember.

Using a technique called optogenetics, the scientists mapped out which cells in the hippocampus were being activated when male mice made new memories of positive, neutral, and negative experiences. A positive experience, for example, could be exposure to a female mouse. In contrast, a negative experience could be receiving a startling but mild electrical zap to the feet. Then, identifying which cells were part of the memory-making process (which they did with the help of a glowing green protein designed to literally light up when cells are activated), they were able to artificially trigger those specific memories again later, using laser light to activate the memory cells.

The scientists admit that they are a long way off from replicating what they found in mice, in men. They added, “We can use what we’re learning in mice to make predictions about how memory functions in humans. If we can create a two-way street to compare how memory works in mice and in humans, we can then ask specific questions about how and why memories can have positive or negative effects on psychological health.” 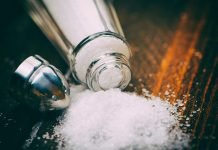 Salt as an aid in cancer treatment 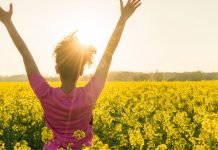