Turkey’s president has threatened to send millions of Syrian refugees to Europe if the European Union labelled its military operation underway in Syria an “invasion”.

“We will open the gates and send 3.6 million refugees your way,” Recep Tayyip Erdogan said in a speech to lawmakers from his AK Party on Thursday.

The Turkish leader was enraged by a statement released the day before by the European Union which called on “Turkey to cease the unilateral military action” against Kurdish-led Syrian Democratic Forces in northern Syria.

The EU also slammed Ankara’s plan to build a so-called “safe zone” in the territory it planned to seize, saying forcibly relocating Syrian refugees there would not “satisfy international criteria for refugee return as laid down by UNHCR”.

“Any attempt at demographic change would be unacceptable,” the blistering statement added. ”The EU will not provide stabilisation or development assistance in areas where the rights of local populations are ignored.”

As the Turkish military continued its offensive on Thursday, more people fled towns and villages along the border. Some 60,000 people have been displaced by the fighting so far, according to the UK-based Syrian Observatory for Human Rights.

The EU’s comments joined a chorus of condemnation of Turkey’s offensive which was launched against the SDF on Wednesday.

At least 8 civilians, including two children, have been killed by Turkish fire. Turkish officials, meanwhile, said a 9-month-old baby, of Syrian nationality, and a Turkish civil servant were killed by mortars from Kurdish-held northern Syria. 46 people were wounded in the rocket and mortar attacks.

Foreign Secretary Dominic Raab said he called his Turkish counterpart Mevlut Cavusoglu on Thursday afternoon “to express the UK’s disappointment and concern about the military incursion into NE Syria, and call for restraint.”

“The intervention risks greater humanitarian suffering and undermines the focus on countering Daesh (ISIS),” he added.

An emergency Arab League session was called on Saturday to discuss the operation, while the UN security council is due to meet on Thursday.

“Israel strongly condemns the Turkish invasion of the Kurdish areas in Syria and warns against the ethnic cleansing of the Kurds by Turkey and its proxies,” he said in a statement.

“Israel is prepared to extend humanitarian assistance to the gallant Kurdish people,” he added.
Mr Erdogan defended his country’s operation maintaining it would support Syria’s territorial integrity by confronting Kurdish control of the country’s northeast.

“They are not honest, they just make up words,” Mr Erdogan said of Turkey’s critics, singling out Saudi Arabia and Egypt. “We, however, create action and that is our difference.”

The SDF, a mostly Kurdish militia with an Arab contingent, has been a key ally of the US in the fight against the so-called Islamic State (Isis).

The group, which received arms as well as significant air and ground support from the US, lost some 11,000 fighters in the years-long war before recapturing the last piece of Isis territory in March.

But that partnership has angered Ankara, which considers it a terrorist organisation for its link to Kurdish separatists in Turkey.

NATO-ally Turkey has threatened a cross-border offensive for years but appears to have pressed ahead after US President Donald Trump unexpectedly gave Ankara the green light.

Sunday night, and said the US would not prevent an imminent Turkish attack against its Kurdish allies. He has defended his decision several times in the time since, often posting a series of messages on Twitter.

On Thursday, the president said he was talking to “both sides”, and warned Ankara that it would be hit hard financially if it did not “play by the rules.”

“I am trying to end the ENDLESS WARS. Talking to both sides,” he said on Twitter. “I say hit Turkey very hard financially & with sanctions if they don’t play by the rules! I am watching closely,” he said.

Turkey has claimed the operation intends to create a “safe zone” to facilitate the return of millions of refugees to Syria.

But world leaders and aid agencies fear that vulnerable families, who fled war, will be forcibly re-located there and a military incursion in northern Syria, which is home to over 700,000 people that rely on aid, would cause a “humanitarian catastrophe”.

Many also say that Turkey’s offensive runs the risk of Isis prisoners escaping from camps amid the chaos.

On Wednesday night, Kurdish officials accused Turkey of bombing a prison in the city of Qamishli holding Isis jihadists of more than 60 nationalities.

Badran Jia Kurd, a senior Kurdish official,  told Reuters that the offensives will ” definitely reduce and weaken” their ability to guard Isis prisons as troops will need to be diverted to the front.

“This could lead to their escape or to behaviours that may get out of the control of the security forces,” he added.

Mr Erdogan said earlier said that Turkey would retain Isis fighters in its custody while deporting others to their countries of origin — if they could accept them.

He added women and children of the Islamic State group would go through a rehabilitation program and vowed that IS “will not have a presence in this area again.”

He also claimed that  “109 terrorists have been killed so far” referring to the Kurdish-led forces.

Rami Abdurrahman, from monitoring group The Syrian Observatory for Human Rights, told The Independent that number was “hugely inflated”.

He said that 19 members of the SDF and its allies had been killed, and 40 others wounded.

“Erdogan’s number of 109 dead is hugely inflated. This is 10 times the real number,” he added. 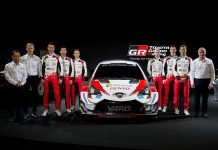 To get US visa, applicants must now reveal social media handles

US reports 22 fatalities from illness linked to vaping