Ethiopian Airlines Area Manager Kuwait, Samson Arega delivered a brief speech on the success story of the airline. He elaborated on how it has witnessed remarkable progress and emerged as the strongest aviation brand with an outstanding 73 years of service in the industry.

He further explained the key strategic business units of the Ethiopian Airlines Aviation Group and their ability to deliver an excellent ground and onboard experience to esteemed customers through state of the art technology.

Promoting the newly launched weekly direct cargo flights to and from Kuwait to Ethiopia, Mr. Arega said this would help connect Kuwait to the airline’s entire cargo network. He also pointed out that the airline is now operating 111 state-of-the-art aircraft with an average fleet age of five years and consisting of both Boeing and Airbus aircraft.

He added that the airline had transported 11 million passengers during the last fiscal year and has surpassed Dubai as an international and main gateway to the continent of Africa, with 120 international, 46 freighter and 22 domestic destinations. Mr. Arega highlighted that with an annual revenue of US$4 billion, the airline is striving to expand while excelling in all parameters of the industry.

The event also witnessed prizes being handed over to the winners of the question and answer by the area manager. 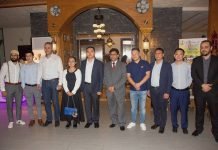 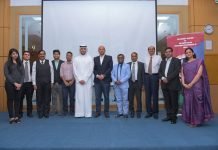 Moonsighting committee: Ramadan to start on Monday in Kuwait