For those of us who live in Kuwait and make a living here, I believe the problem is that the questions posed in the survey really do not give Kuwait any chance to even be in the reckoning. Imagine if any expatriate is asked about whether they feel at home in the local culture, or in making local friends. Definitely as a minority in their own country, Kuwaitis at times feel intimidated by the very large expat work force and some even see them as an infringement of local culture. That they need expatriates to work and fill the employment gaps is altogether different discussion.

For a very long time Kuwait has been home to hundreds and thousands of expatriates who have been living safely and securely, and earning a decent income that enables savings. The country still provides fuel, water and electricity at or below production cost to the entire population and until recently almost free medical care. The quality of food is also world standard and though there are limited leisure activities the closeness of expat communities is remarkable. The government of Kuwait allows expatriates to socialize and promote their own culture, so much so that many expatriates feel more at home here than in their own home country.

Weekends are packed with cultural programs from around the world, from music festivals, to theater and art shows, Kuwait has something to offer even the most discerning expat.

But there are other problems expats face that really can be a bone of contention. As the number of expats have grown over the years the government has faced pressure from members of parliament who have viewed this rise in number as threatening.  New legislation to curb expat growth has really not done much except to drive away expats who have options to go wherever they feel more welcome.

Kuwait has always been a country that gives hope yet fails to deliver for reasons that can be debated. The enormous potential to rise above the mundane but instead get caught up in trivial issues, which has been a hallmark of Kuwait, is mind-boggling to all of us living and working here.

To see expatriates as partners in progress rather than hindrances to progress might be a first step in the right direction. The life of an Indian expatriate in Kuwait Surely there are better ways to replace and reduce expatriates The Big Business of Garbage in Kuwait 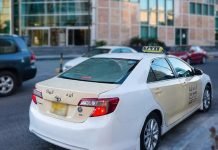 Why do Kuwaitis travel…so much