Jordan is a land of great beauty and even greater history, where ancient ruins, medieval castles, and age-old trading towns mark a landscape of vast deserts and rolling hills. While the ancient Nabataean city of Petra is indeed one of the most stunning attractions in the Middle East, Jordan offers so much more.

A land of mesmerizing beauty and contrasts, from the Jordan Valley, fertile, ever-changing, to the remote desert canyons, immense and still. From the haunting, primeval starkness of Wadi Rum, to the teeming centre of urban Amman, from the majestic ruins of bygone civilizations to the timeless splendor of the Dead Sea, Jordan is unveiled as a unique destination offering breathtaking and mysterious sights, high standard accommodations, exquisite cuisine and countless activities that can provide visitors with inspiration, motivation, and rejuvenation. Amman: In Amman, the Citadel is a mosaic of ruins from different periods in the history of the capital. Roman artefacts compose one layer of the site, which also contains remnants from the first Muslim Arab dynasty, the Umayyads. The Amman’s original seven hills affords a perfect view of the city — mostly a collection of modest two or three-story houses. Amman is now mounting a challenge to Beirut as the Arab style capital.

Abu Derwish Mosque is one of the most beautiful mosques of Amman, and its alternating black and white stones show a clear inspiration on traditional Levantine architecture. It was built in 1961 on top of one of Amman’s seven hills, Jebel al-Ashrafiyeh. The mosque is clearly visible from other hills around Amman, and can accommodate more than 7,000 worshipers.

Tourists relax at cafes in Amman, enjoying mint tea and shisha while being served by the friendliest waiters. Sitting in street cafes is one of the best ways to see what a city is all about. Ajlun: Ajlun is home to a medieval Islamic castle built by a nephew of the great Saladin, who was famous for turning back the Crusaders and is still a model for ambitious Muslim leaders. Tourists regularly take walks through the damp stone living quarters where Muslim knights were compelled to wait out winter during sieges, and clearly visible are the apertures from which Ajlun’s inhabitants used to pour boiling oil on attackers. Islamic castles like Ajlun, of course, were meant to defend Muslim territories against further incursions, while Jordan’s Crusader castles, like Karak in the central highlands, were built as outposts to reach deeper into the lands of Islam. Umm Qais: The site of Umm Qais is where the Roman and Byzantine ruins offer quite a view. It is an area overflowing with history, first occupied in the 7th century. Explore the terrace of vaulted Roman shops, impressive amphitheatre, the Gate of Tiberias and the paved and colonnaded terrace. The small museum in Umm Qais, housed in what used to be the Ottoman governor’s house has a fascinating collection of archaeological artefacts.  A viewing of the collections of mosaics, coins and statues allows a real insight into the lives of the early settlers. Wadi Rum: The site is one of the most beautiful deserts in the world. It is filled with unbelievable rose sandstone mountains, canyons and dunes. The mysterious Nabataeans, creators of Petra, also built numerous monuments in Wadi Rum. The Nabataean temple built out of the monolithic mountains of sandstone and granite at the foot of the hill at Jebel Rum is a perfect example that can still be visited today. Northwest of the temple is a Nabataean settlement including a sophisticated bath house, as well as inscriptions that confirm the pre-Islamic involvement of the Arabic tribes in the construction of the sanctuary. Ain Ash-Shallaleh: Also known as Lawrence’s Spring, it is just a short walk up the hillside from the Nabataean temple, and one of the mountains was named by Lawrence of Arabia as the Seven Pillars of Wisdom.  Wadi Rum itself was made famous by the exploits of Lawrence of Arabia during World World I, later becoming the setting for the film of the same name.

Other evidence of age old habitation can be found in the Thalmudic, Safaitic, Nabataean, Greek and Arabic graffiti that animates the many cliff faces at Wadi Rum. Keen eyes will be able to make out a rich selection of rock art, replete with hunting scenes, which adorn cave walls. There are also rudimentary Stone Age shelters scattered throughout the gorges. The Dead Sea: People travel from all over the world to slather themselves in nutrient-rich mud from the Dead Sea. Legend says it was the Queen of Sheba who first believed in the mystical healing powers of this age old sea. Then Cleopatra travelled from Egypt to build the world’s first spa there, later sending her armies in place of her to bring back their precious minerals. Today, products from this salty sea are a worldwide sensation. The Dead Sea’s main draw, besides being the lowest point on the planet, is its high salt content, which produces incredible natural products and allows bathers to bob like corks on top of the water. Dead Sea water contains 35 percent of minerals per litre of water, and this heavy concentration of over 21 different minerals is believed to help with skin problems like eczema and psoriasis, plus aching joints and even fluid retention. 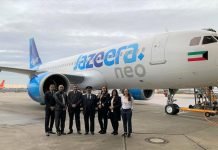