For four decades, the prevailing doctrine in the United States has been that corporations should maximize shareholder value — meaning profits and share prices — here and now, come what may, regardless of the consequences to workers, customers, suppliers, and communities. So the statement endorsing stakeholder capitalism, signed earlier this month by virtually all the members of the US Business Roundtable, has caused quite a stir. After all, these are the CEOs of America’s most powerful corporations, telling Americans and the world that business is about more than the bottom line. That is quite an about-face. Or is it?

The free-market ideologue and Nobel laureate economist Milton Friedman was influential not only in spreading the doctrine of shareholder primacy, but also in getting it written into US legislation. He went so far as to say, “there is one and only one social responsibility of business — to use its resources and engage in activities designed to increase its profits.”

The irony was that shortly after Friedman promulgated these ideas, and around the time they were popularized and then enshrined in corporate governance laws — as if they were based on sound economic theory — Sandy Grossman and I, in a series of papers in the late 1970s, showed that shareholder capitalism did not maximize societal welfare.

This is obviously true when there are important externalities such as climate change, or when corporations poison the air we breathe or the water we drink. And it is obviously true when they push unhealthy products like sugary drinks that contribute to childhood obesity, or painkillers that unleash an opioid crisis, or when they exploit the unwary and vulnerable, like Trump University and so many other American for-profit higher education institutions. And it is true when they profit by exercising market power, as many banks and technology companies do.

But it is even true more generally: the market can drive firms to be shortsighted and make insufficient investments in their workers and communities. So it is a relief that corporate leaders, who are supposed to have penetrating insight into the functioning of the economy, have finally seen the light and caught up with modern economics, even if it took them some 40 years to do so.

But do these corporate leaders really mean what they say, or is their statement just a rhetorical gesture in the face of a popular backlash against widespread misbehavior? There are reasons to believe that they are being more than a little disingenuous.

The first responsibility of corporations is to pay their taxes, yet among the signatories of the new corporate vision are the country’s leading tax avoiders, including Apple, which, according to all accounts, continues to use tax havens like Jersey. Others supported US President Donald Trump’s 2017 tax bill, which slashes taxes for corporations and billionaires, but, when fully implemented, will raise taxes on most middle-class households and lead to millions more losing their health insurance. (This in a country with the highest level of inequality, the worst health-care outcomes, and the lowest life expectancy among major developed economies.) And while these business leaders championed the claim that the tax cuts would lead to more investment and higher wages, workers have received only a pittance. Most of the money has been used not for investment, but for share buybacks, which served merely to line the pockets of shareholders and the CEOs with stock-incentive schemes.

A genuine sense of broader responsibility would lead corporate leaders to welcome stronger regulations to protect the environment and enhance the health and safety of their employees. And a few auto companies (Honda, Ford, BMW, and Volkswagen) have done so, endorsing stronger regulations than those the Trump administration wants, as the president works to undo former President Barack Obama’s environmental legacy. There are even soft-drink company executives who appear to feel bad about their role in childhood obesity, which they know often leads to diabetes.

But while many CEOs may want to do the right thing (or have family and friends who do), they know they have competitors who do not. There must be a level playing field, ensuring that firms with a conscience are not undermined by those that do not. That is why many corporations want regulations against bribery, as well as rules protecting the environment and workplace health and safety.

Unfortunately, many of the mega-banks, whose irresponsible behavior brought on the 2008 global financial crisis, are not among them. No sooner was the ink dry on the 2010 Dodd-Frank financial reform legislation, which tightened regulations to make a recurrence of the crisis less likely, than the banks set to work to repeal key provisions. Among them was JPMorgan Chase, whose CEO is Jamie Dimon, the current president of the Business Roundtable. Not surprisingly, given America’s money-driven politics, banks have had considerable success. And a decade after the crisis, some banks are still fighting lawsuits brought by those who were harmed by their irresponsible and fraudulent behavior. Their deep pockets, they hope, will enable them to outlast the claimants.

The new stance of America’s most powerful CEOs is, of course, welcome. But we will have to wait and see whether it is another publicity stunt, or whether they really mean what they say. In the meantime, we need legislative reform. Friedman’s thinking not only handed greedy CEOs a perfect excuse for doing what they wanted to do all along, but also led to corporate-governance laws that embedded shareholder capitalism in America’s legal framework and that of many other countries. That must change, so that corporations are not just allowed but actually required to consider the effects of their behavior on other stakeholders.

University Professor at Columbia University, the 2001 recipient of the Nobel Prize in Economics and the author of the book, People, Power, and Profits: Progressive Capitalism for an Age of Discontent. 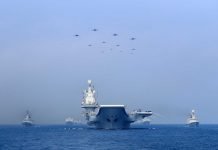 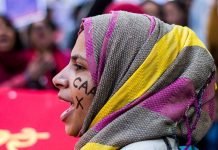 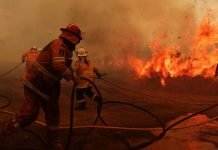 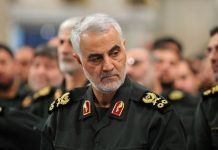 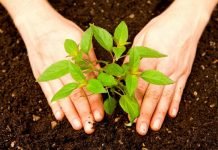 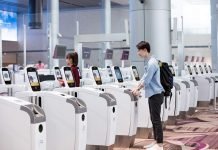 Run down the Brexit clock