Following a visit last week by Saudi Aramco’s Chief Executive Officer Amin Nasser to Kuwait will reportedly invest up to US$1 billion in the Initial Public Offering (IPO) of Saudi Aramco.

Last week a delegation from Aramco, headed by the company’s CEO Amin Nasser had visited Kuwait and met with officials of Kuwait Investment Authority, the country’s wealth fund manager. The meeting was intended to garner support for the IPO from Kuwait.

The decision to invest in Saudi Aramco follows a similar decision by Abu Dhabi Investment Authority, the sovereign wealth fund of the United Arab Emirates, which is said to invest $1.5 billion in Aramco.

Though the KIA was reportedly reluctant to invest in the IPO, the government is understood to have added its weight to the decision by portraying the investment as being in the country’s strategic interest.

Kuwait’s decision follows Abu Dhabi, the oil-rich member of the United Emirates, which has decided to invest $1.5 billion in Aramco, people familiar with the matter said last week.

With Aramco abandoning plans to approach the wider international market, the sale has been limited to domestic and regional investor.The two regional allies deciding to invest in the IPO will be a relief for the Saudi government which was looking to raise more than $25 billion selling a 1.5 percent stake in Aramco, the world’s largest oil producer.

The institutional part of the book now has bids totaling $38 billion, covering that part of the proposed sale more than two times over. 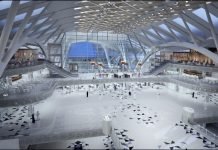