The annual dolphin hunt in the Japanese town of Taiji began in September. By next March, despite global condemnation and mounting criticism from Japan’s own citizens, approximately 1,500 dolphins will have been herded into a narrow cove and stabbed to death.

Taiji is not the only place where dolphins are hunted. The Faroe Islands, Solomon Islands, Greenland, Russia, Indonesia, Peru, and Canada are also killing sites. The largest hunts, however, take place in Japan, where commercial fishers regard dolphins as pests, because they eat commercially valuable fish. During the hunts, they trap the dolphins, sell the “pretty” ones to marine parks, and butcher the rest for meat. It is estimated that in the past 70 years, more than one million whales, dolphins, and porpoises have been killed in Japanese waters. Reports indicate that many of the cetacean species targeted by Japan’s coastal hunts will never recover to sustainable levels.

Attempts to argue that the Taiji dolphin hunt is contrary to international law have so far been unsuccessful. Although the International Whaling Commission introduced a ban on commercial whaling, there is no consensus among member countries as to whether the moratorium extends to small cetaceans such as dolphins.

In any case, the ban on commercial whaling did not stop the Japanese whaling fleet from killing whales. Since the ban came into effect, Japan has exploited a loophole permitting the killing of whales for ‘scientific research’. Commercial whaling continued under the guise of science. So transparent was this sham that Australia took Japan to the International Court of Justice, arguing that Japan’s whaling practice was not scientific — and won. But while the verdict may have done some damage to Japan’s reputation, it did little for the whales, because the Japanese government has now developed a new, supposedly more scientific Antarctic whaling program. During the most recent Antarctic hunts conducted by Japan, 333 minke whales were killed, including 120 pregnant females.

The other problem with using international law to stop the Japanese from killing cetaceans is that there is no world police to enforce the ban. The onus is on member countries to self-regulate, which they are often unwilling to do.

For these reasons, Action for Dolphins, an Australian non-profit organization, and Life Investigation Agency, a Japanese charity, are now trying a new strategy: legal action in Japan itself. They will argue that the dolphin hunts violate Japan’s own animal protection legislation. If the court agrees, it will be more difficult for the government to avoid enforcing the court’s ruling.

Will Japan’s judges agree? There are strong grounds for believing that they should. Japan has relatively strict laws protecting animals’ welfare. For example, most mammals must be slaughtered by a method that minimizes their pain and distress as much as possible. These laws are similar to regulations implemented by most abattoirs in the industrialized world, which require that animals be stunned – rendered unconscious with gas and insensitive to pain – when they have their throats cut and are “bled out.” There are of course circumstances where the stunning fails and animals are killed while fully conscious; but when stunning works properly, it does reduce the animals’ suffering

In contrast, the technique used to kill dolphins in Taiji makes no attempt to minimize the animals’ suffering. The animals are not stunned prior to slaughter. A detailed analysis of the killing method used in Taiji shows it to be far removed from accepted methods for slaughter in the developed world.

The entire process of herding the dolphins into the cove, confining and eventually killing them, takes hours or even days. This means that, in addition to the agony of being killed, many of these highly social animals are, for long periods of time, in a state of terror, hearing the sounds of those being killed ahead of them, and seeing their family and pod members being brutally slaughtered.

Why does Japan’s animal welfare legislation not put a stop to the suffering of the dolphins, as it surely would put a stop to similarly brutal methods of killing cows or pigs? Action for Dolphins and Life Investigation Agency will argue that Japanese law has erroneously classified dolphins as fish rather than applying the higher standard of protection that Japanese law accords to mammals.

It is understandable that prior to the development of scientific methods of classification, cetaceans should be grouped with fish rather than with mammals. Now we know better, and the plaintiffs will urge the court to embrace the modern scientific understanding that dolphins are mammals, and to rule that the requirement that mammals’ suffering be minimized thus applies.

If dolphins are recognized as worthy of protection under Japan’s animal welfare laws, the horror of the type of hunt now occurring in Taiji will have to end. That would be a significant advance for dolphins in Japan, but it should not be the end of our concern about the killing of dolphins. These intelligent, self-aware animals live in social groups with complex personal relationships. They have a personal interest in continuing to live. If we do not need to kill them for our survival, should we be killing them at all? Professor of Bioethics at Princeton University, Laureate Professor at the University of Melbourne, and founder of the non-profit organization The Life You Can Save. His books include Animal Liberation, Practical Ethics, One World Now, and The Most Good You Can Do. End of the Free-Market Paradigm 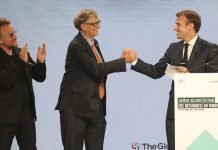 A World Without AIDS, Tuberculosis, and Malaria 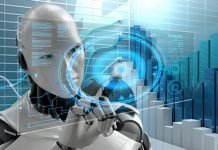 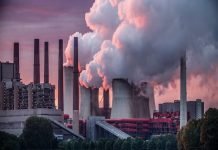 Growth could be Passé 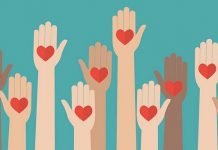 The Lives You Saved 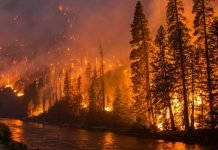 Value Pluralism Is Essential for Sustainability

The Case for Digital Identification