Free and fair elections is the rockbed and one of the oldest institutions of democracy. In Uzbekistan the development of a modern electoral system that meets democratic requirements has been gradual. Now, in accordance with generally recognized principles and norms of international law, a new legislative framework has been formed that provides guarantees of free will of citizens and the right of every citizen to elect and be elected to representative bodies of state power.

The new Election Code of Uzbekistan, which came into force on 26 June, 2019, combines laws that regulate the organization and conduct of presidential, parliamentary elections and elections to local representative bodies into one document. The new code has an important political significance for elections in the country.

The new code, which consists of 18 chapters and 103 article, is based on several fundamental principles of democracy, including universality and equality of suffrage,with every citizen of voting age having the right to cast one vote. Direct suffrage envisioned in the new code allows citizens to cast their vote and directly elect the President of the Republic of Uzbekistan, deputies of the Legislative Chamber, and deputies of the local Kengashes through secret ballots

Observers from the political parties, which nominated the candidates for the Presidency of the Republic of Uzbekistan, deputies of the Legislative Chamber, deputies of the local Kengashes, as well as observers from citizens’ self-governing bodies, representatives of media, overseas observers and observers of the international organizations, have the right to be present in all events associated with the preparation and conducting of elections, at voting premises on election day and at the counting of votes.

The new Election Code also provides for a Single Electronic List of Voters, which is a state information resource containing information about citizens who participate in the voting, including their temporary and permanent residence addresses.

Several new additions in the electoral law include that all 150 deputies of the Legislative Chamber will be elected through popular vote. The Election Code also introduced a single ballot for voting on election day, including ahead of schedule, and accordingly the term “ballot paper” was abolished.

The Election Code was developed taking into account the recommendations of the Office for Democratic Institutions and Human Rights of the OSCE, the World Association of Electoral Authorities and the Organization of Islamic Cooperation.

The new Election Code helps organize and streamline the rules of national suffrage, increases the clarity and accessibility of the electoral law, creates a stable legal basis for the formation of independent election commissions with broad powers and modern technical equipment, as well as broadens the guarantees of electoral rights ensuring the free expression of the will of citizens.

Monitoring of the elections to the Legislative Chamber of the Oliy Majlis (parliament) of Uzbekistan scheduled for 22 December will be conducted by more than 600 observers from about 50 states and international organizations from around the world. 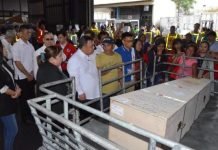 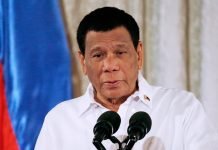 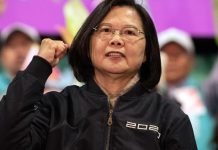 Building an inclusive United Nations with Taiwan on Board

The new Miss Philippines may be part Arab