The Earth’s oceans face many threats, none of which have quick fixes. Still, the solutions are known, and with a sufficiently broad coalition of partners, we can get the ball rolling on a number of fronts.

A wide range of human activities, from burning fossil fuels to overfishing, have been degrading the oceans for years. By increasing the absorption of carbon dioxide, global warming is acidifying the oceans and reducing oxygen levels, harming or killing marine plants, animals, and other organisms. And as the ice caps melt, rising sea levels are increasingly putting hundreds of millions of people in coastal areas at risk.

Moreover, owing to a lack of modern treatment plants in many cities, especially in Africa and Asia, sewage is being dumped into rivers and canals, where it eventually runs off into the oceans, introducing large amounts of plastic particles and toxins. The tons of trash dumped daily into streets, backyards, rivers, beaches, and coastal areas also end up in the oceans. Many of these products, such as grocery bags and bottled-water containers, contain hazardous chemicals that are eaten by fish and then consumed by people, leading to a wide range of health issues.

Fixing these problems will require cooperation at all levels. It will also require new resources, and not just to repair eroded coastlines and prepare for rising seas and extreme weather. We must crack down on illegal fishing, fund research, and develop lower-carbon sea transportation and sustainable seafood production. Moreover, we urgently need to devise better methods of plastic collection and forms of reusable packaging, while improving wastewater treatment and storm-water management to keep plastics and other waste out of the waterways in the first place.

Saving the oceans should not be an afterthought. More than three billion people depend on the oceans for their livelihoods. Ocean and coastal resources and industries contribute about $3 trillion per year (5% of world GDP) to the global economy and offer huge potential for further growth, job creation, and innovation. Oceans are also a major source of renewable energy and natural resources. Their environmental value is huge. Oceans have taken up between 20-30 percent of human-induced carbon dioxide emissions since the 1980s. They produce over half of the world’s oxygen, and transport heat from the equator to the poles, thus regulating our climate.

From our side, fostering a sustainable ‘blue’ economy has been one of the priorities of the European Investment Bank. We have launched several initiatives to facilitate cooperation in cleaning up the oceans and safeguarding marine-based economic activity. Through our Blue Sustainable Ocean Strategy, Blue SOS, we will invest up to €2.5 billion (around $2.8 billion) over five years, while mobilizing at least another €5 billion for investments in projects to protect the ocean economy. Among other things, these investments will address coastal erosion, help fisheries process and preserve food, make shipping more environmentally friendly, and improve research into biotechnology products.

Moreover, in partnership with the German and French development banks, we have created the Clean Oceans Initiative, which recently welcomed Spain’s development bank as a new partner. This joint initiative is providing up to €2 billion in financing over five years for projects that collect plastics and other waste before it reaches the ocean. Most of the plastic that ends up in the oceans comes from trash discarded in coastal areas or near rivers by the two billion people who lack waste-collection services. In fact, some 90 percent of all the plastic arriving in the oceans from rivers comes from just ten countries, mainly in Africa and Asia.

Finally, the EIB is a key financier in the Sustainable Ocean Fund, which is raising $100 million to invest in as many as 20 ocean projects in emerging markets to improve the whole seafood supply chain.

Some might wonder why the EIB is pursuing development work outside Europe, or advocating for the world’s oceans. The reason is that we see sustainability challenges as not just ecological, but economic. When a big institution like the EIB gets involved in an issue, it can attract private capital that would not have shown up otherwise. Encouraging innovative projects in the ‘blue’ economy is not so much a question of more money. It is also about lifting barriers to new projects, and reducing investment risk. When our climate experts give their stamp of approval to a project, that catalyzes more financing from private investors, pension funds, sovereign wealth funds, and insurance companies. And when such investors see that they can profit from green projects, the results benefit not just the ocean, but also workers and consumers.

We need to show that climate investments do not have to be too risky, and we need to promote more public-private partnerships. That is why the EIB is increasing its technical assistance and advisory services to make clean and sustainable ocean projects more attractive for other investors.

Now, we are looking for more partners. We need leaders, governments, businesses, and other institutions to take the bold steps necessary to safeguard our oceans, clean up our rivers, and end the pollution of these vulnerable ecosystems. The urgency of the challenge cannot be overstated. We should protect the oceans as if our future depended on it, because it does. 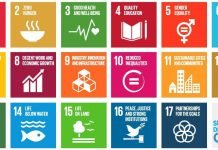 Another Year of Living Dangerously 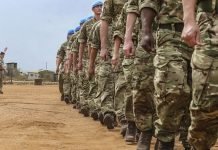 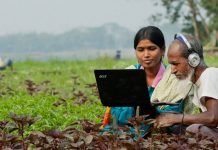 When Is Knowledge Power?

An Education Crisis for All

Green Roofs in the Middle East: possible and practical?