Ambassador of Romania to Kuwait H.E. Daniel Tanase hosted a reception to celebrate the 101st anniversary of his country’s National Day.

Deputy Foreign Minister of Kuwait H.E. Khalid Sulaiman Al-Jarallah was the guest of honor at the event held at the Sheraton Hotel on 1 December. The celebration was attended by a large gathering that included members of the diplomatic corps, government officials, special invitees and media personnel.

In his address to the gathering, Ambassador Tanase stressed that Romania’s National Day is the day of unity for all Romanians, and is the day that the provinces of Moldova and Wallac Transylvania decided to join the Kingdom of Romania on 1 December 1918.

Pointing out that Romania and Kuwait are celebrating over 56 years of friendship, the ambassador  noted that the two countries continue to develop relations in  political, economic, social, cultural, educational, academic and health fields.

Praising his country’s presidency of the European Union during the first six months of this year, he underscored its contribution in opening new ways of cooperation between the EU and Kuwait, including the hosting of the 3rd EU-GCC Business Forum titled ‘An Oasis of Opportunities’ in March this year.

Emphasizing his country’s appreciation for the efforts of His Highness the Amir Sheikh Sabah Al-Ahmad Al-Sabah as a leader of humanitarian work, he underlined that Romania supports the mediation efforts in the region by His Highness the Amir, and wished him good and lasting health.

For his part, Deputy Foreign Minister Al-Jarallah described the relations between Kuwait and Romania as distinct, vital and historical. He highlighted the existence of common interests between the two friendly countries at different levels, and stressed the keenness of the two nations to further develop these relations. 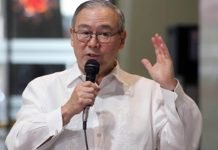 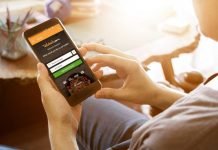