A military confrontation with Iran would lead to untold suffering in the region and probably cause a collapse of the global economy, warned Saudi Crown Prince Mohammed bin Salman in a recent media interview in the US. He added that rather than a military solution, he would prefer seeing a political and peaceful solution to the tensions brewing in the region.

The crown prince pointed out, “the region represents around 30 percent of the world’s energy supplies, about 20 percent of global trade passages, and about four percent of the world’s gross domestic product. Any disruptions to the supply of crude oil from the region, could play havoc on the global economy and lead to price spikes of “unimaginably high numbers,” said the prince.

Concurring with the conclusions reached by US Secretary of State Mike Pompeo about Iran’s role in the 14 September attacks on Saudi oil facilities, Prince Salman urged the international community to take “strong and firm action to deter Iran” and prevent the situation from escalating further.

Iran has strongly refuted the allegations and challenged the accusers to provide proof of its involvement in the attacks, for which Yemen’s armed group, the Houthis, has already claimed responsibility.

The crown prince also called on US President Donald Trump to meet with Iranian President Hassan Rouhani to work out a new deal on Tehran’s ongoing nuclear program and its influence across the Middle East.

Meanwhile, with no new accusations flying across the Gulf in recent days, Iraq Prime Minister Adel Abdul Mahdi has announced that he would visit Tehran soon, in an effort to reduce tension in the region. He has already visited Saudi Arabia where he met with the Saudi crown prince and other officials. 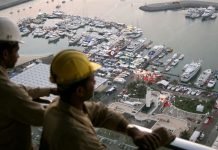 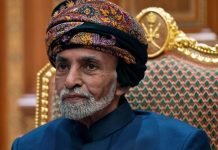 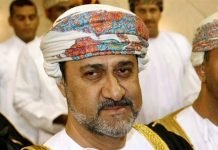 Two rockets hit US base in Iraq, mortar rounds fall near...