An investigation has been launched in Mubarak Al-Kabeer Education zone following reports of a Kuwaiti teacher beating a 12-year old student.

The teacher reportedly used a stick to beat the student on his hands and legs before dragging the child through the school. The student’s father has now accused the teacher as well as several other students for joining in beating his child. The father took his injured child to the police station and lodged a complaint against the school administration of gross negligence. Police have begun investigations into the incident. 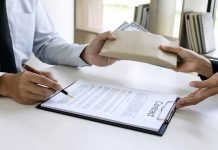 Outdoor work ban to be issued earlier this year