On behalf of the entire U.S. Embassy staff, I warmly congratulate the Government and people of Kuwait on the 58th anniversary of independence and the 28th anniversary of liberation. Alf Mabrook! The United States is proud to have contributed to the liberation of Kuwait; as the recently-passed President George H.W. Bush said at the time, this was a matter of high principle for the United States.

We remain just as proud today to be a partner in a close, strategic, and growing bilateral relationship that is making our peoples more secure and our countries more prosperous. Together, the United States and Kuwait are contributing to the security of this region. We also congratulate His Highness the Amir Sheikh Sabah Al-Ahmad Al-Jaber Al-Sabah on the 13th anniversary of his accession as ruler of the State of Kuwait. We wish Kuwait continued peace and prosperity under his leadership and look forward to continuing the close and mutually beneficial partnership between our two countries.

Our commitment to this partnership is embodied in the US-Kuwait Strategic Dialogue launched in October 2016 that is setting the stage for the next 25 years of relations. We look forward to holding the next Dialogue here in Kuwait very soon; it will lead to expanded cooperation in security, economy, and many other areas. We applaud Kuwait for its constructive role as a non-permanent member of the United Nations Security Council. The United States appreciates its close, mutually beneficial relations with Kuwait, as one of the world’s main contributors to stability and one of the world’s most generous humanitarian donors. We look forward in the coming year to expanding our already strong and productive partnership to address issues fundamental to international peace and security. Eid Tahrir Wa Eid Watani Sa’eed (Happy Liberation and National Days). 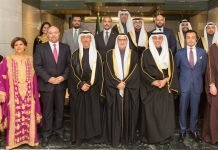 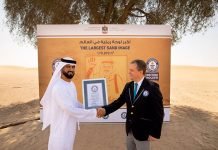 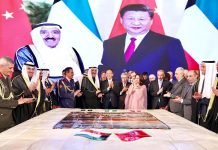 Ghana congratulates Kuwait on occasion of the National Day & Liberation...

What Being Kuwaiti Means to Me

Indonesia congratulates Kuwait on occasion of the National Day & Liberation...

Poland congratulates Kuwait on occasion of the National Day & Liberation...